Writing is tough. It’s a long, tedious process that requires patience and often ends in frustration. There’s writer’s block, plot issues, continuity aspects, and characters who often don’t behave like we want them to. All of this can lead to the writing process taking longer for some than most. And I, dear friends, happen to be one of them.

As you may or may not know, I’ve been working on Successor‘s sequel, along with another project that *isn’t* related to that universe. I hesitate here because I find myself very tempted to do what the MCU does with its various stories. They’re separate but still connected in certain ways. Whether or not I take that road, it’s almost impossible to say at this point.

With that being said…I’ve hit a wall. Not a brick wall or one I can’t scale, but more like a wall of legos that, if I topple it, I’ll have to walk across the tiny plastic blocks of torment. For me, I know what needs to happen in both stories I’m working on, but right now there are certain points missing. To get from A to C, you need B. And right now, my brain isn’t sure where B is. It’s frustrating, as I really, really want to finish these stories, even though they both have a long way to go.

So all of this rambling brings me to the point of this post.

The very first story I wrote was about vampires. I blame the movie Interview with the Vampire. That’s really the only inspiration I can think of for having an interest in writing about vampires at the tender age of 12. Twilight came out long after I’d started working on my story, so it definitely was not what piqued my interest in vampires. It was, however, what got me back into writing. My own story had only 60 typed pages done when I read Twilight for the first time. The story sucked me in, and it really got me thinking that I’d like to write stories that could do the same to others. So I focused on my vampire story after several years away from it.

To make a long story even longer, I managed to finish the first draft of my first novel within 4 months. Looking back, I’m amazed I managed to pull it off that fast. But I’d done a lot of prep work, so it really was quite easy to get the story down once I made myself focus. After countless rounds of editing, I submitted the story to agents and publishers, eventually snagging an offer from Aspen Mountain Press. Contract signed, a few months passed before I was informed the publisher would be shutting down due to internal issues. Disappointed isn’t a strong enough word to convey how I felt at having the opportunity taken away.

Discouraged, I decided to put my vampire story on the back burner and focus on another story I’d been turning over in my mind. That story eventually became my debut novel, Successor. Getting my debut published was a long, rocky process. As tough as it was at times, I wasn’t going to give up on trying to find the story the right home. I’d been offered a publishing contract before, so I knew it could happen again. Thankfully, a pitch contest put The Wild Rose Press on my query radar, and the rest is history.

But now, feeling a bit deflated about my two current WIPs, I’ve been finding myself thinking back on my beloved vampire story. I’ve missed it over the past several years and would love to get back into it to do a rewrite.

So that’s exactly what I’m doing. Only this time, I’m taking a different route to get my story out into the world.

I love the freedom of posting chapters as I work on them and introduce readers to a world I’ve spent so long thinking about and getting lost in. I don’t know exactly where the story will take me this time around, but I’m excited to find out!

If you’d like to check out my vampire story as it unfolds, Beneath Blood & Stone can be found on Wattpad. I’ll be sure to post updates here whenever a new chapter goes up. 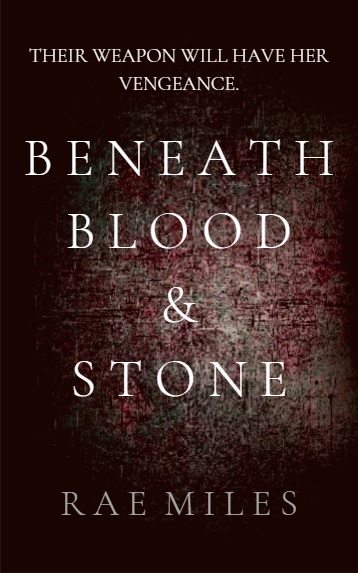 Rae Miles started creating characters at the ripe age of nine, dreaming that one day they’d have a place to call home. Many years and a creative writing degree later, that dream became a reality with her debut novel, Successor. When not writing, Rae’s absorbed in reading, movies, music, and napping. She loves animals of all kinds, and currently lives in Wisconsin with her three quirky cats. View all posts by raemiles